Behavioral economics is “a relatively new field that combines insights from psychology, judgment, and decision making, and economics to generate a more accurate understanding of human behavior.” One of its founders, Richard Thaler, called it “economics done with strong injections of good psychology.”

Every day is made up of little decisions, from what to eat to how to spend free time to when to go to sleep. According to Microsoft, we make 35,000 decisions a day.

As much we all want to make good choices, the reality is that it’s not always easy. Take eating healthfully, for example. It is something everyone wants to do, and knows that they should do—but that sometimes is easier said than done.

As much as it can feel like a personal failing when we choose chips over an apple, decisions can’t always just be chalked up to rationality. This is the theory behind behavioral economics, a relatively new science studying how we make choices, and economic decisions in particular.

One study from behavioral economics found that simply placing healthy foods at cash registers rather than unhealthy foods made people more likely to make healthier decisions. Nothing changed in those people’s heads about what’s nutritious or not; instead, a simple environmental change influenced their decision-making.

This environmental change is what behavioral economists call a nudge. In this field, a nudge is a way of changing the “choice architecture” to alter people’s behavior without taking away options or changing economic incentives.

Nudge theory is just one of many insights coming from the field of behavioral economics.

Behavioral economics makes important distinctions from traditional economics, notably rejecting the notion that people make rational and benefit-maximizing decisions, and instead behavioral economics acknowledges that you can’t always expect people to make the most rational decision.

Instead, the field is centered around the belief that context and bias are very important in decision-making. This context includes circumstances, location, time, emotional judgments, prejudices, and societal influences. Most of the theories and concepts in behavioral economics revolve around this idea—behavioral economists note and explain constraints and conditions that will cause changes, lack of logic, or inconsistencies in decision-making.

There are several important concepts to know when thinking about behavioral economics.

The first is bounded rationality. The creator of this theory, Herbert Simon, called it “a more realistic conception of human problem-solving capabilities.” Essentially, bounded rationality acknowledges that people make sub-optimal decisions or perform suboptimally because they’re constrained in decision making. Their decisions are dependent on—bounded by—the context and cognitive constraints.

These constraints explain why people use heuristics, or a kind of decision shorthand, in their decision-making. These are judgments under uncertainty, which sometimes work well but can also lead to errors.

The availability heuristic again deals with poor assessments of probability: people tend to base the prevalence of something off of how easily examples come to mind. For example, you might think there are more words starting with the letter ‘r’ than words with ‘r’ in the third position, simply because the first example comes to mind more easily.

Finally, and perhaps most relevant economically, the anchoring heuristic states that an initial number will influence final answers. If you’re shown an arbitrary number before you are told to guess a percentage of something—say the number of African countries in the U.N.—that initial arbitrary number will influence your guess. This is important and often use when creating pricing packages, tiers, and bundles. Brands will anchor pricing to guide the user to the decision they want them to make by making certain packages seem less valuable.

Kahneman and Tversky are also well known for another important concept in behavioral economics: prospect theory. This is another theory for the way people make choices under uncertainty, and it notes that people are more sensitive to losses than to increases. Prospect theory is an application of bounded rationality, and it’s well explained through case studies.

One good example of this is New York City cab drivers. Cab drivers pay a fixed fee to rent their cab for 12 hours. They keep all revenues, and it’s up to them to decide how long to drive each day. The best, maximizing strategy is to work for longer on high earning days (like rainy days), and to quit early on bad days. But in some cases, drivers will set a daily target for earning, quitting early on good days and working longer on bad days, even though it’s irrational—because they’re more sensitive to perceived losses.

Prospect theory also relates to something called framing—that people make different decisions depending on whether the decision is framed as a loss or a gain.

The ultimate conclusion to draw from behavioral economics is that decisions don’t occur in isolation. People are very influenced by their own irrational biases and by the conditions in which the decisions occur.

This comes up again and again, whether it’s in Dan Ariely's finding that cash as a short-term reward decreases productivity unless it’s framed as a choice among other bonuses, or that changing organ donation forms so that opting out is the default rather than opting in drastically increases the number of people who decide to be organ donors.

This idea that decision-making is highly influenced by outside factors plays a huge role in marketing, which pretty much exists to influence people’s decisions. Nudge theory, which was mentioned at the beginning of this article, is a really accessible way to use behavioral economics in marketing.

A good example of friction in action is this is Amazon’s “one-click” ordering process, which eliminates friction and is cited as a large reason for their success. The nudge here, a change in the choice architecture, encourages a particular decision by making it easier.

Since people are so influenced by the conditions that surround a particular decision, it’s important to carefully consider those conditions.

At Sorter, we combine personality, psychology, and neuromarketing with data to make it easy for brands to tailor their outreach to the mind of their customer. Based on their personality, a customer will respond differently to different campaigns and behavioral economics principles. For example, some people are inherently more or less risk adverse.

The insight that we provide through personality measurement and prediction has to be utilized within the right context.

The right messaging and creative on your landing page may be cognitively tailored, but we also need to consider the friction points when asking too many questions in a form. While Amazon has shown the “one-click” checkout to be extremely lucrative, it’s still not uncommon to come across a long form when placing an order or downloading a digital asset.

While tailoring ads to personality reduces friction by making them more mentally-accessible to the viewer, we want our customers to take behavioral economics to heart, so that our campaigns can be as effective as possible.

If you want to dive deeper on this idea of accessibility, check out our article on cognitive load theory.

When consumers are discovering a new product, it's essential to build trust and credibility immediately. We break down tactics and science behind how some of the top brands do it.

Storytelling affects the brain in specific and important ways, which explains why we love stories so much. But what are they and how do they function? 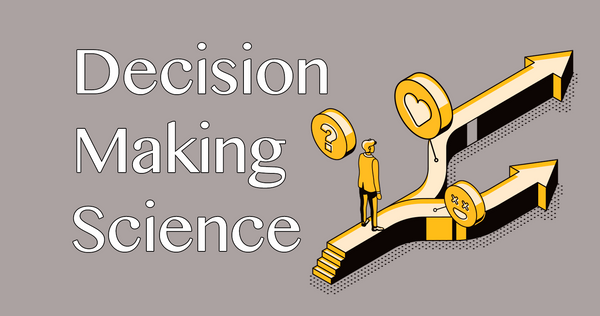 When it comes to decision-making, people like to believe that our decisions are entirely and consciously up to us. But is that really the case?